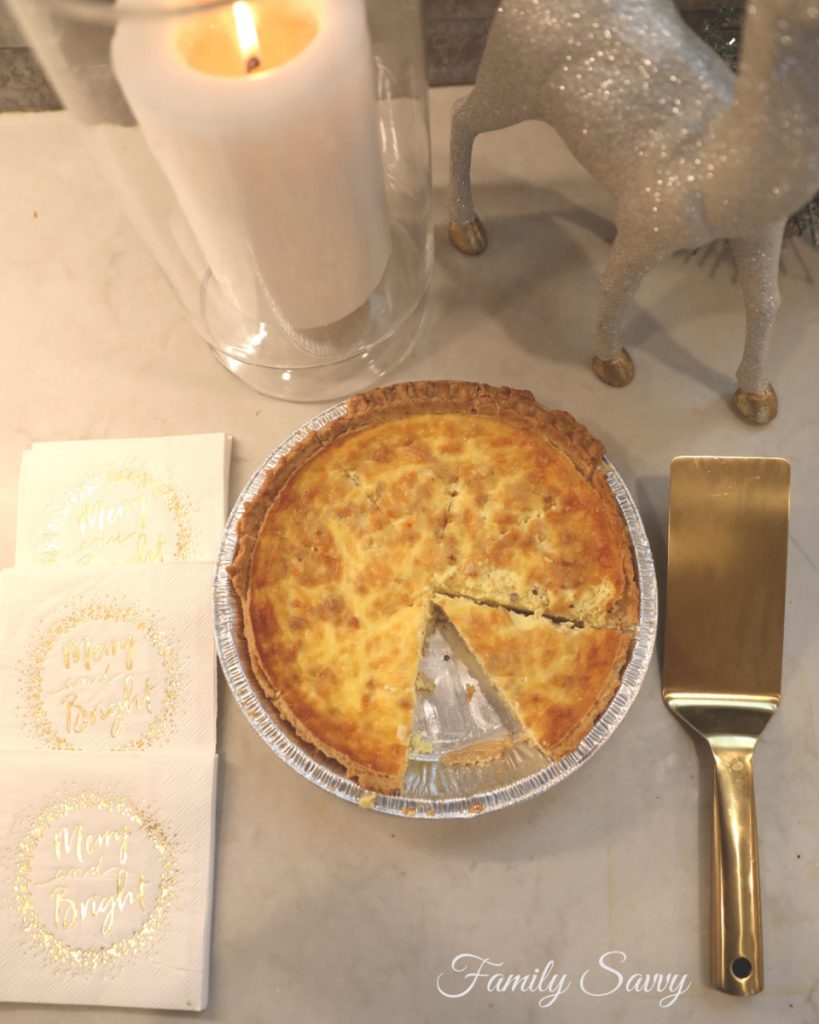 This easy and delicious holiday ham & cheese quiche is the BEST way to use leftover holiday ham to make the perfect dish for breakfast or brunch. 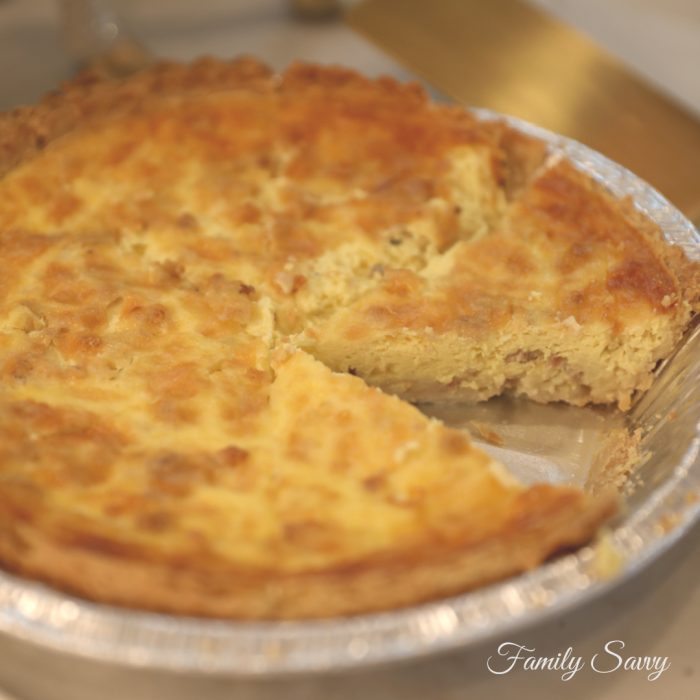 This holiday ham & cheese quiche is super easy to make.

Of French origin, Quiche is a savory custard tart or pie consisting of an egg custard filled with assorted cheeses, meats, and vegetables. The most well-known is quiche Lorraine. Quiche can be served hot or cold. It is popular worldwide and is usually served for breakfast. brunch or lunch.

What dishes are similar to quiche?

A frittata is a cross between a quiche and an omelet and is usually made using eggs, cream, various meats, vegetables, and cheeses. A frittata is typically cooked in a skillet and does not have a crust. A breakfast casserole is common in the South and is somewhat similar to quiche in that it typically contains eggs, cheese, and meats. A breakfast casserole is baked in a casserole dish and does not have a crust. 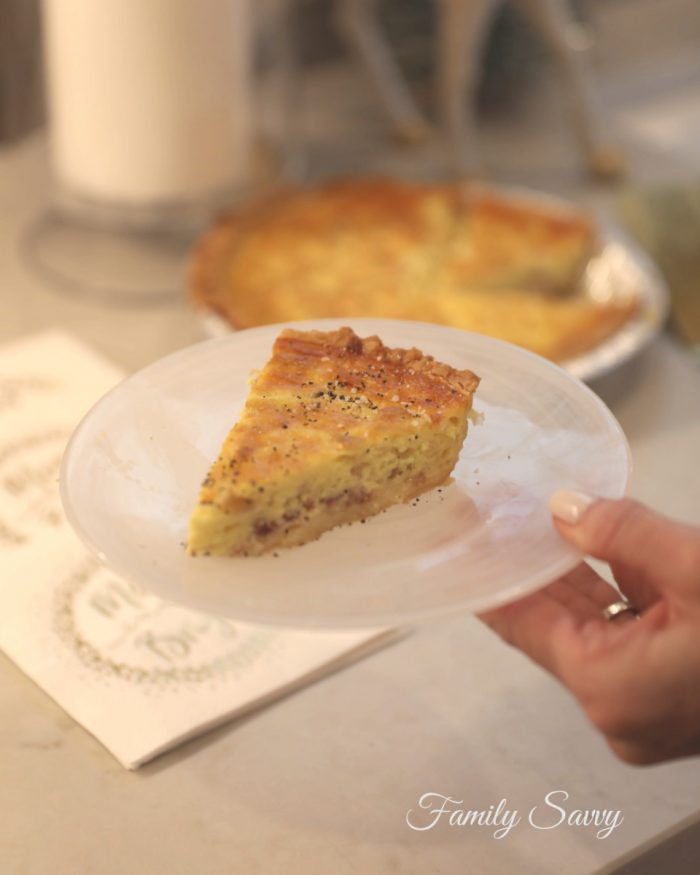 A great quiche will be fluffy yet firm (not runny) and have a flaky (not soggy) crust. Quiches can taste like eggs, but some taste more cheesy and meaty than “eggy.”  I am not one who likes a pronounced egg flavor, so I opt for quiche that has strong cheeses and meats.  This spinach, bacon & buttermilk quiche is rich, smoky, and cheesy, and not at all overtly “eggy.”

What do you serve with quiche?

Quiche is often served with fresh fruit or salad. We eat this spinach, bacon & buttermilk quiche every year for Christmas breakfast. I serve it with cinnamon or orange rolls, fresh fruit, and coffee. I’ve also served it with my Strawberry Nut Bread, another family favorite, and it is a fabulous combination as well.

Use holiday ham leftovers to make this quiche.

This is one of the easiest quiche recipes ever and one of the best ways to use leftover holiday ham. Who doesn’t have leftover ham at Thanksgiving and Christmas lol?  If you don’t plan on having a large ham that will provide leftovers, you can buy pre-diced packages of ham at most grocery stores.

Use your favorite cheese in this quiche recipe.

This quiche is easy to substitute cheeses for your preference or what you have on hand. I love Gruyere and typically use it in this recipe. Gruyere is typically found in the gourmet cheese deli case (rather than the cheese case near the eggs). Gruyere is similar to Swiss and goes very well with ham. Parmesan and Gruyere and Swiss all go well together. Cheddar cheese also works well in this dish. 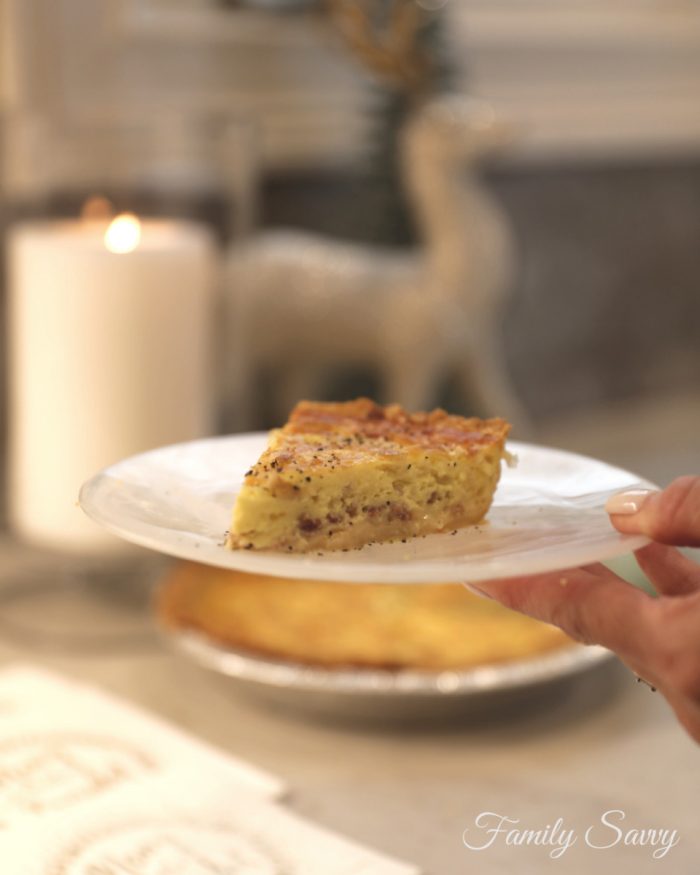 How to make ham and cheese quiche.

How to make quiche ahead of time. 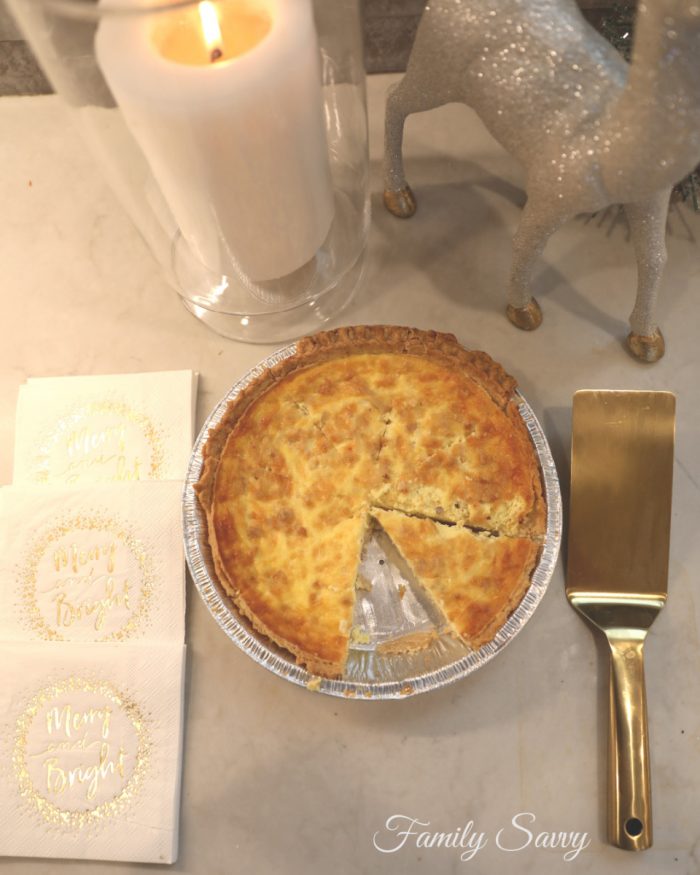 *If using a frozen crust, follow instructions on the package for prebaking.

** The quiche should barely jiggle in the center before removing it from the oven.