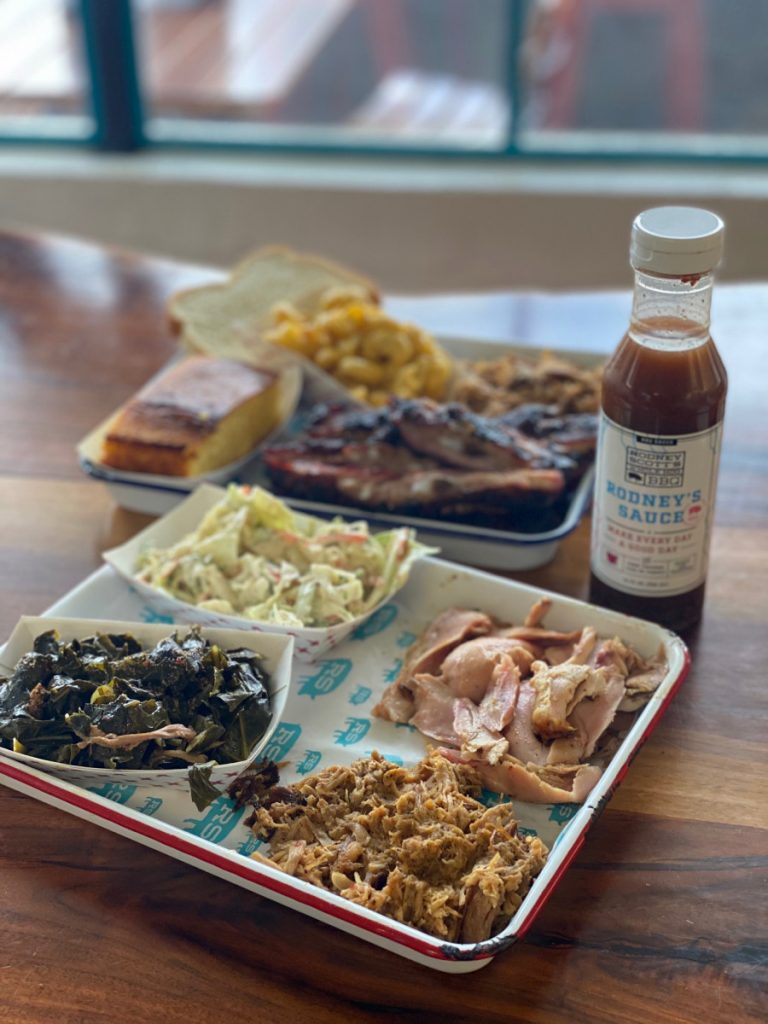 Here’s how to make Rodney Scott’s BBQ sauce at home with a copycat recipe that tastes VERY close to the real thing! 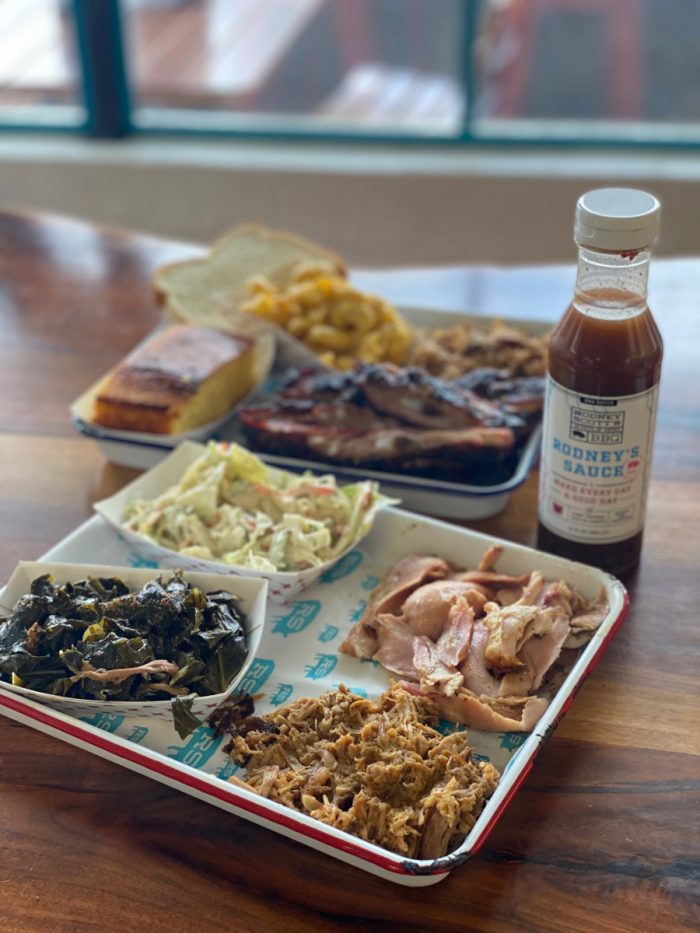 Let’s talk about barbecue and sauce.

I am a huge lover of barbecue, as I grew up in North Alabama where “BBQ is King.” As important as the meat is, we Southerners know that the SAUCE is as important. Barbecue without sauce is a no-no. In this post, I discuss some of the best sauces to go with barbecue. I also share some commonly asked questions about barbecue, along with some of my favorite recipes. Enjoy!!!

Who is Rodney Scott?

Rodney Scott grew up in South Carolina and began helping his father cook barbecue when he was 11 years old. Rodney Scott’s barbecue is committed to the“whole hog” method of cooking pork. As a result, he earned the coveted James Beard Award for Best Chef.

How the copycat recipe was borne.

After seeing the Chef’s Table episode featuring Rodney Scott, I made a visit to the Birmingham location to try his barbecue for myself. I was beyond impressed. The pork rivals any I’ve had anywhere, and the vinegar sauce is incredible. I asked my recipe developer, a culinary trained chef, to create a copycat recipe. It is close to the real thing – absolutely delicious and so easy to make. With this, I am thrilled to be able to share the recipe with you!

Rodney Scott’s newest cookbook, Rodney Scott’s World of BBQ: Every Day Is a Good Day, will be available by March 2021. I have preordered my copy and cannot wait to get it. It will definitely be one that any barbecue aficionado will want to add to his or her collection.

Do you put BBQ sauce on meat before grilling?

Most BBQ sauces are used as a marinade (before grilling) or condiment (after grilling).  However, if you want to take your barbecue to the next level, basting it with your BBQ sauce will help you enhance its flavor.  I suggest basting meat with sauce toward the end of cooking. Lastly, I wait until the meat is in the final stages of cooking so that the sauce will caramelize into a yummy glaze.

What is the best technique for basting barbecue?

The ideal time to baste is approximately 10 minutes before the barbecue is done. Moreover, the sauce needs an adequate amount of heat to start caramelizing to have its rich flavor, but not so much heat where it will reach the burning stage. Thus, you can start brushing your meat with the sauce and add two to three coats before removing the barbecue from the grill.

How does a good BBQ sauce taste?

What does vinegar do to barbecue?

Vinegar is the main ingredient for Rodney Scott’s BBQ Sauce recipe. It is known for tenderizing meat and helping make it fork-tender. Also, it adds a distinctive tanginess to not only meat but the sauces and marinades surrounding the barbecue.

Does vinegar-based sauce need to be refrigerated?

This version of Rodney Scott’s BBQ sauce can be stored at room temperature since it contains no mayonnaise. Its high acidity prevents it from creating harmful bacteria. In addition, it can certainly be stored in the refrigerator for up to 2 weeks.

If you like barbecue, you probably know that each region of the US has its own style of sauce. Aside from their distinct cooking methods and meat cuts, sauces tell the regional story about barbecue. In short, these sauces serve as their identity, which is why I think we should explore their differences.

This vinegar sauce is spicy and acidic in flavor. Instead of tomatoes, it relies on vinegar (typically cider). It typically contains salt and other spices, such as crushed red pepper, black pepper, and cayenne.

South Carolinians are more fond of mustard than vinegar.  As a result, they prefer mustard-based BBQ sauce typically thinned with vinegar! This sauce is typically yellow in color and stands out from the traditional red sauces.

Kansas City Style Barbecue Sauce is what you commonly find in supermarkets and chain restaurants. Also, this sauce is sweet, tangy, and thick. It usually contains various ingredients, such as molasses, ketchup, brown sugar, soy and Worcestershire sauces, and spices.

Unlike some of the other regional BBQ sauces that are used as a dip, Texas-style BBQ sauce is often used for basting barbecue meats. A basting sauce is added to the meat cuts to add a glaze and more flavorful taste. This style is usually made from Worcestershire sauce, beef stock, vinegar, and spices, such as garlic, pepper, and salt.

As a North Alabama native, I cut my teeth on Bob Gibson’s barbecue and fabulous white sauce.  Most white sauce is a combination of mayonnaise, vinegar, and sometimes, lemon juice.  It typically has lots of black pepper and usually a smidge of sugar.

What is the best meat for barbecue?

I love using a variety of meats for barbecue. Some of my go-to barbecue recipes are below!

Therefore, regardless of what you choose, I’m certain you’ll definitely enjoy it together with the Rodney Scott’s BBQ sauce that you made from scratch!