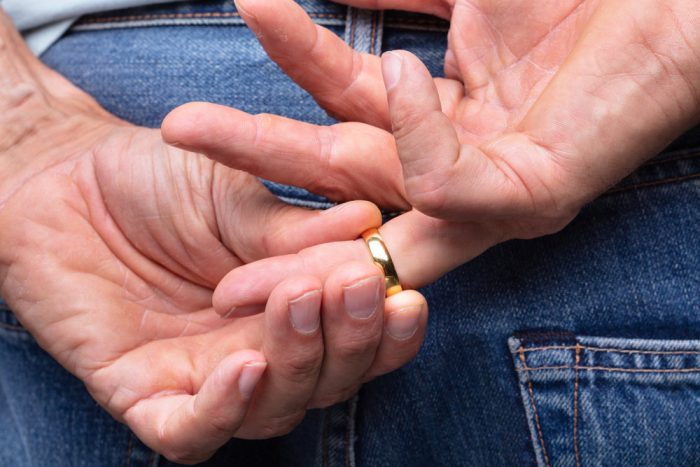 If you are suffering marital infidelity, marriage expert Joe Beam offers his best advice on how to respond to your cheating spouse.

Joe Beam, author, marriage expert, nationally known speaker and founder of marriagehelper.com, offers advice to anyone whose spouse is cheating. His advice is in response to a reader’s question below.

My husband is having an affair. He has gone from being a respected member of the community and church to a man who has thrown away all of his morals and values. He met a younger woman at the gym and has “fallen in love with” her.  He told me that he doesn’t love me anymore, that he never loved me, and that he just wants to be with her. He wants a divorce, refuses counseling, and refuses to listen to anyone who tries to talk sense into him. Our kids are devastated. What do I do? I love him, but I don’t know him anymore. He is not the man I married. I fear that man is gone forever. Do I stay and fight, or do I move on?

Limerence: The Early Stages of an Affair

This out of character behavior, this change you see in your husband is typical of those wrapped up in the early stages of an affair. We call this emotional state limerence. It is very important for offended spouses to understand limerence and what behavior is likely to be demonstrated as an affair progresses.

Your question indicates that your husband bought into this romantic lie fostered in so many ways in our culture. He is enchanted with the younger woman to the point he has allowed his emotions to convince him that she is worth giving up things that were once important to him. His relationships with God, family and friends. And his respect in the church and community. Let’s take a look at limerence to try and get a glimpse into your husband’s behavior.

Characteristics of Someone in Limerence

You likely have seen most or all of these behaviors in your cheating spouse,  which is why you feel you no longer know him. In many ways, he is not the man you married; however, in many ways he still is~deep down inside.

The good news is that limerence doesn’t last forever; it will eventually end. No one could live with this level of emotional intensity for a lifetime. Just like infatuation, the early stage of romantic love. It is great for a time, then reality sets in. The bad news is that limerence may last several years, which in many cases is too late to save your marriage. If you want to try and save your marriage now, you should know how to deal with someone in a state of limerence.

When a spouse is in limerence, he is in a highly emotional state, and in most cases logic and reasoning have little power to change him. Therefore, if you choose to fight for your marriage and to try to bring him out of his lime rent state, you must address his emotions rather than his logic.

A Marriage Intensive is Your Best Hope

Since ongoing counseling is likely not an option he will consider, bartering for a weekend marriage intensive is likely your best hope. Although such a barter might seem frightening, it might be your only hope.  When assessing marriage intensives, look at the one that you think will be most likely to help you and your spouse.

In our Marriage Helper 911 workshops, we have a 75% success rate of helping put crisis marriages back on the path toward hope and healing.

What to Do If Your Spouse Still Wants Out

In some cases, a limerent spouse might continue to seeks an end the marriage. If this is your situation, I suggest you read part 2 of this topic, What to Do When Your Spouse Wants Out. I sincerely wish you the best. If ayone on our team can help, do not hesitate to contact us.

Last week on The SavvyCast podcast, I talked with Jordan Jones about how the pandemic affects politics on the national and state level. We discuss everything from the power governors have, how that power is kept in check, voter fraud, and voter suppression. This podcast episode will definitely challenge all of us to learn more about our constitution & how to protect our rights.
.
.
If you haven’t already, please go check out this podcast episode. Trust me when I say you will learn so much (I know I did).😘 ...