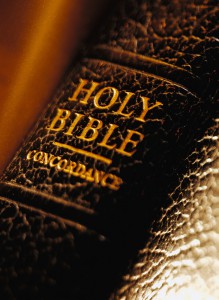 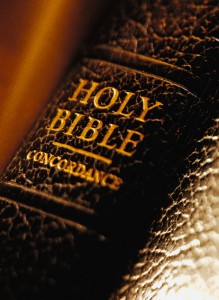 Since Zane and I are involved in various aspects of marriage ministry, we will begin sharing some of our favorite marriage resources on Family Savvy.  Zane shares some notes he took recently while listening to a sermon by John Piper.

I’ve been challenged by John Piper’s teaching on marriage and wanted to share my notes & comments on one of his recent sermons….

Our sin, selfishness and cultural bondage make it almost impossible to feel the wonder of God’s purpose for marriage between a man and a woman. We need the Holy Spirit to deliver us from small, worldly, culturally contaminated, romance-intoxicated, unbiblical views of marriage. My prayer is that we would move in sync with God (concerning marriage) and out of sync with our secular Western culture.

Plant your marriage in the soil of the following three biblical/foundational truths:

Jesus makes the point most clearly that marriage is the doing of God. Mark 10:6-9, “From the beginning of creation, ‘God made them male and female’ [Genesis 1:27], ‘Therefore a man shall leave his father and mother and hold fast to his wife, and the two shall become one flesh’ [Genesis 2:24]. So they are no longer two but one flesh. What therefore God has joined together, let not man separate.” This is the clearest statement in the Bible that marriage is not a merely human doing. The words “God has joined together” means it is God’s doing.

A glimpse into the magnificence of marriage comes from seeing in God’s word that God himself is the great doer. Marriage is his doing. It is from Him and through Him. That is the most foundational thing we can say about marriage.

The vertical reality of the grace of God must be extended horizontally to our spouses if marriage is to display the covenant-making, covenant-keeping grace of God. We see this in Colossians 3:12-13, “ Put on then, as God’s chosen ones, holy and beloved, compassionate hearts, kindness, humility, meekness, and patience, bearing with one another and, if one has a complaint against another, forgiving each other; as the Lord has forgiven you, so you also must forgive.”

Live vertically from the grace of God and then bend out horizontally in forgiveness and justification toward your spouse:

Father, give us the grace to “do” marriage your way so we might be ambassadors of the Gospel of Jesus Christ.

A few weeks ago, I shared a video on how to make these spookily delicious (and healthy) snacks for Halloween!🎃Here is a closer look at some of these goodies.😉They're PERFECT for any Halloween party, and both adults and kids can enjoy them!
.
.
1️⃣Have a carved pumpkin? Then add some guac to make it look like it's getting sick😂it's super easy and funny!
2️⃣Take some clementines and celery sticks, peel them, stick the celery on top, and you have the cutest tiniest little pumpkins.
3️⃣Get some glow-in-the-dark fingers from @target and put them on top of cheese sticks.🧀
4️⃣Grab some edible eyeballs, bake some of @originalnathansfranks bagel dogs, and put them together to look like mummies!💖
.
.
Be sure to save this post to look back at when you're making these treats. If you decide to make these for your Halloween celebration, then snap a photo! I want to see your spooky creations (and costumes, of course).😘
.
.
#halloweenfood #partyfood #halloweenparty #easyfood #snackideas ...

Yesterday, I shared how to prep coconut and raisins for baking. Today, I want to share with you one of my favorite things to bake with coconut and raisins--Morning Glory Muffin Tops.😍⁣
.⁣
.⁣
What is a Morning Glory Muffin? If you're a fan of carrot cake, then you are sure to enjoy these muffins. They're moist and sweet (but not overly sweet) and have a nice kick of cinnamon. They contain carrots, raisins, coconut, walnuts, and apple.🍎⁣
.⁣
.⁣
These can be made as regular muffins as well, but if you prefer muffin tops, then make these with a handy muffin top pan.😉You can find the full recipe and links to muffin top pans on the Family Savvy blog (link in bio). Happy baking, friends!⁣
.⁣
.⁣
#muffintop #muffintops #morningglory #raisins #baking101 ...