Birmingham locals probably know the amazing Ashley Gann from the CBS 42 weather. This week, Ashley joins me to discuss her career in meteorology, her family, the business she owns with her husband, and the faith that inspires it all.

This week on The SavvyCast, CBS 42 Chief Meteorologist Ashley Gann joins me to share about her life, career, and faith. Not only is Ashley an incredibly successful meteorologist, but she is also a business owner and entrepreneur. In this episode, Ashley shares how she began her career, how she balances her home and work life, as well as the details of her family-owned business. 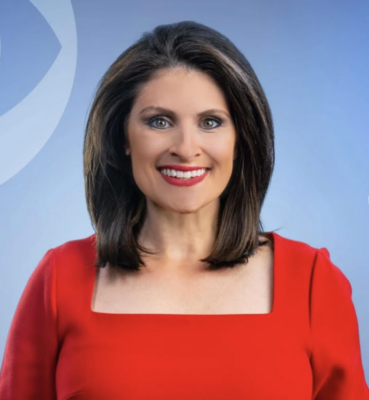 Who Is Ashley Gann?

Emmy-nominated Ashley Gann is the Chief Meteorologist at CBS 42 and is a doting mother of 4, wife, and active member of her church. Nearly 8 years ago the Lord called Ashley and her family to Birmingham where she became the first female chief meteorologist in the Birmingham TV market, and to date, the only one. While most people know Ashley for her weather coverage, Ashley is also a proud business owner with her husband Derek. While he runs the day-to-day operations, Ashley casts the vision and is an entrepreneur at heart. Together, Ashley and Derek have built a family-owned and operated business that reaches across the entire state of Alabama.  Most recently Ashley was inducted into Auburn’s Top 20 Alumni under 40 and last year, received the prestigious Minority Business Awards Young Professional of the Year. Ashley graduated with an aerospace engineering degree from Auburn and a master’s in meteorology from Mississippi State.

Resources In This Episode:

I hope you enjoyed this episode! As always, if you have time to rate, review, and subscribe to The SavvyCast on Apple Podcasts, it would be SO appreciated!!!

How Larissa Wohl Uses Her Platform to Promote Animal Rescue

What a gift to have a “normal” Thanksgiving with family. For years, our traditional 🦃 day has been at the Campbell home. When my Grandmother Todd—the family matriarch-passed, my Aunt Beth and Uncle Andy kept the tradition alive and worked hard to keep extended family connected.🙏🏻
*
I appreciate all of you—my sweet insta-friends—who give me reason to do what I do (and feel like I am helpful in some way). You give me reason to wake up excited about getting to do what I do🙏🏻
HAPPY THANKSGIVING FRIENDS!!
#thanksgiving🦃 #familytime #holidays ...

Let’s Make Cornbread Dressing!!!!
Hi friends—I am hopping on to make my Grand Pinion’s cornbread dressing (up to the point of baking—but won’t bake until tomorrow)!
🦃
The full recipe with step by step directions is on Family Savvy blog. ALL my holiday recipes can be easily found by a google search—Family Savvy ________” fill in the blank! All my recipes will pull right up!!
🦃
I am thankful for all of you insta-friends, and I wish you the best Thanksgiving with your people. Love to all!!💗
#thanksgivingdinner #thanksgivingtable #thanksgivingrecipes #cornbreaddressing #familysavvy ...