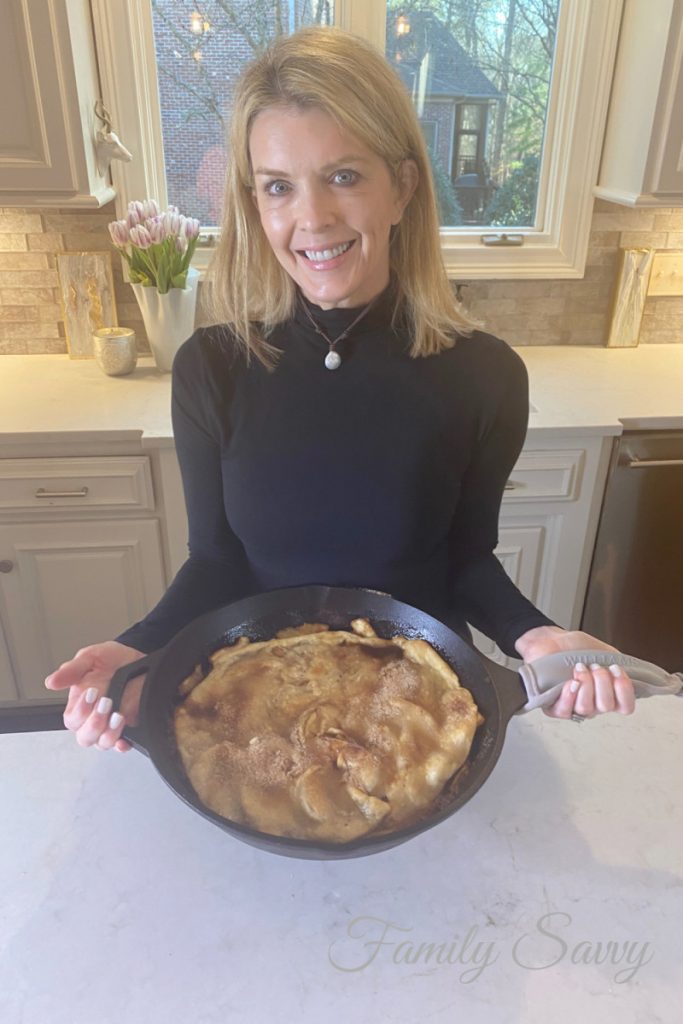 For a show-stopping dessert, you can’t beat Mimi’s skillet apple cobbler. It is absolutely to die for and insanely easy to make!!! 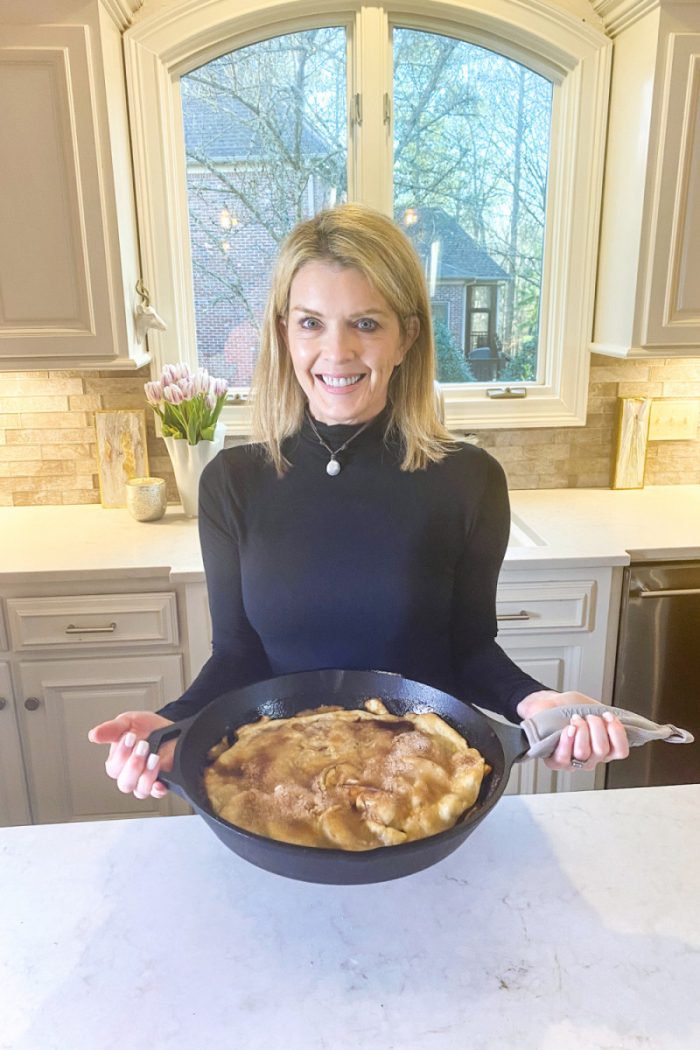 Why is it called apple cobbler?

It is called a cobbler since its top crust is “cobbled” and coarse, unlike the texture of a pie crust. It is usually spooned over the fruit, then baked.

Is Apple Cobbler the same as apple crumble?

No, it is not. A cobbler is a baked fruit dessert that has a thick dropped-biscuit or pie dough topping. While a crumble is still a baked fruit dessert, it has a topping layer, such as nuts or oats. It resembles a streusel with a combination of butter, flour, and sugar.

Is Cobbler supposed to be gooey?

A perfect cobbler has a gooey fruit center which is encrusted in a sweet breaded top layer. When the fruit used in the cobbler is extra juicy, it will turn out to be a runny dish. If such happens, you can always add a thickening agent. Before you spoon the topping, you have to make sure the filling is fixed.

What is the difference between a dump cake and a cobbler?

A cobbler and a dump cake are both baked fruit desserts that have a particular type of crust. The main ingredients are fruits that can be canned, frozen, and fresh and are all baked in a baking pan. Compared to a dump cake, a cobbler has a crumbly topping.

Do cobblers have a bottom crust?

There is no bottom crust in a cobbler. Topped with biscuit dough or batter, the fruit is placed in a dish, which can also be done in a baking dish or pie pan

What fruit is best for cobbler?

Aside from apples, peaches are great for cobblers. They are high in nutrients and vitamins. You can also try pears, cherries, apricots, and nectarines. The truth is you can try it in any fruit you want!

In the short video below, I show the easy steps to making Mimi’s skillet apple cobbler. Watch this for inspiration on how to make this fabulous dessert everyone in your family will love! 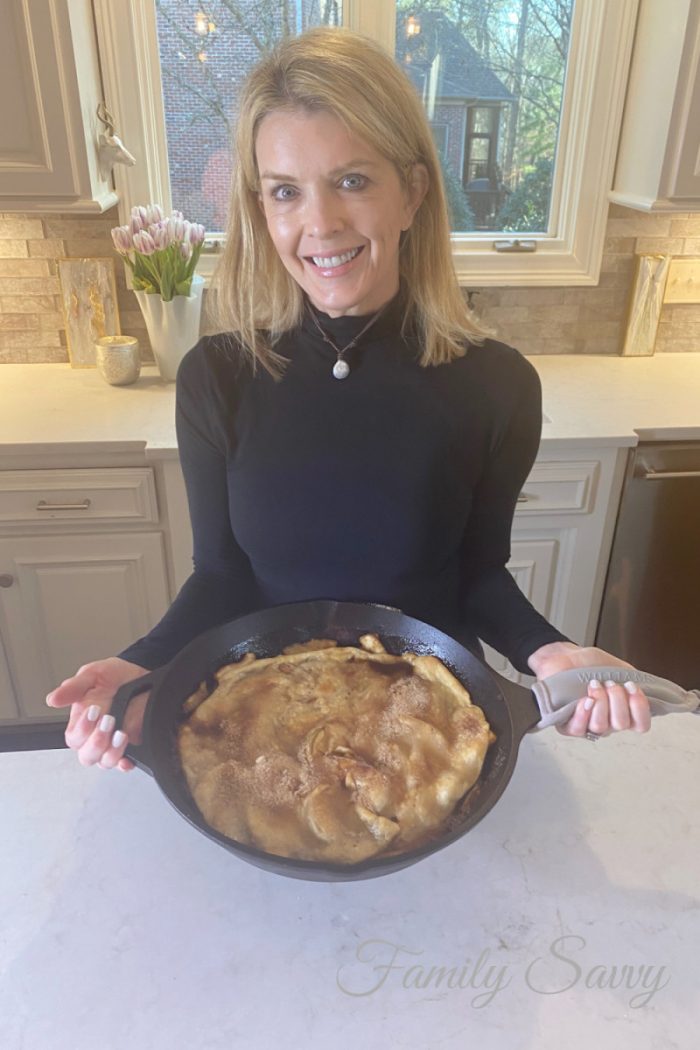