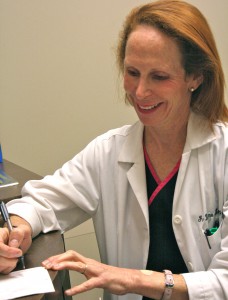 I have several skin tags that bother me and that I want to have removed, but they are in very awkward places. Frankly, I am afraid that removing them in these areas will be especially painful. Can you advise me?…

END_OF_DOCUMENT_TOKEN_TO_BE_REPLACED

For the first part of our marriage, I was not a safe place for my husband. Instead of responding to difficult situations with a heart seeking to listen and understand, I often went into “attack and control” mode.
To get to real intimacy in marriage, it is important to know and be known. But being fully transparent is not always easy, especially since we are sinners and imperfect mates. But, as my friend and marriage expert Joe Beam points out, if we desire intimacy and transparency, we must be a “safe place” for our spouse. If we attack or belittle him or her for being honest, the marriage will not grow stronger.
Ask yourself the following questions to see if your mate feels safe in his or her relationship with you.  ___________ probably feel(s)  :5 Often, 3 Sometimes, 1 Never
(For brevity’s sake, I will only use the pronoun “him” in the questions.)
…

END_OF_DOCUMENT_TOKEN_TO_BE_REPLACED

Today I am sharing one of my favorite products. This nondescript  bottle contains the BEST spot/stain remover that I have ever used.

I can’t recall where I learned about this remover, but it was years ago. It works better than any other stain remover that I have ever used, and I have tried most of them.

This is a staple in my cleaning cupboard, along with a good sturdy toothbrush. Scrubbing is imperative to make this work (although some spots seem to fade instantly as soon as this solution hits the stain)….

END_OF_DOCUMENT_TOKEN_TO_BE_REPLACED

Acne is embarrassing to anyone but especially to teenagers. Dr. Jo Herzog is both a mom and a dermatologist, and she offers her best advice to parents and teens on how to prevent and treat acne.

END_OF_DOCUMENT_TOKEN_TO_BE_REPLACED

This is another in a series of posts by Dr. Jo Herzog on various products and options for fillers and injectables.

END_OF_DOCUMENT_TOKEN_TO_BE_REPLACED 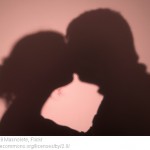 It happens all the time. A husband or wife drops the bombshell, “I’m leaving; there is someone else.”  Or, he or she gets “caught” in an affair before declaring love for a newfound “soul mate.” We saw the latter scenario play out on national television years ago when a sniffling South Carolina Governor laced his “apology” for infidelity with a declaration of love for his “soul mate.”

One of the most challenging scenarios in marriage ministry is trying to reason with someone involved in the beginning stages of an affair, as he or she is most likely acting against all spiritual, relational, and logical principles that he or she once valued. Attempting to reason with such a person~whether with scripture, common sense, or emotional appeal~will most likely fail

Joe Beam’s many years of research and counseling with crisis marriages has given him great insight into what is happening in the minds of those who throw all sense aside when caught up in the drama of an affair. The phenomenon is called limerance, and an understanding of limerance helps those on the outside looking in to better understand the irrational and destructive behavior of someone caught up in an affair….

END_OF_DOCUMENT_TOKEN_TO_BE_REPLACED

How to Take Care of Wavy, Curly and Coily Hair with Kelly Foreman of MopTop Hair

After battling with (and sometimes against) her own curly hair, Kelly Foreman decided to start her own haircare line. This week she shares all about MopTop, her line of hair products made especially for curls.

This week Kelly Foreman joins The SavvyCast to discuss her haircare line MopTop. Anyone with wavy, curly, or coily hair will surely learn something new from her expertise. Kelly shares the science behind her products, tips for caring for your curls, and more!

Who Is Kelly Foreman?

Kelly Foreman was born and raised in the humidity of the South, a particular struggle for those with curly hair. As Kelly grew up amongst hair trends like the Dorothy Hamill to Farrah Fawcett feathering, she became frustrated with her hair. After having curly-headed children of her own, Kelly decided it was time to find a way to embrace and enhance their natural hair texture. She began by making hair products in her kitchen and later launched MopTop and FuzzyDuck natural product lines in 2005. Today, it is Kelly's mission to help people of all ages, all hair textures, and all ethnicities learn to love their natural hair.

Where Can I Buy MopTop:

I hope you enjoyed this episode! In addition, if you have time to rate, review, and subscribe to The SavvyCast on Apple Podcasts, it would be SO appreciated!!! Blessings to you!!!