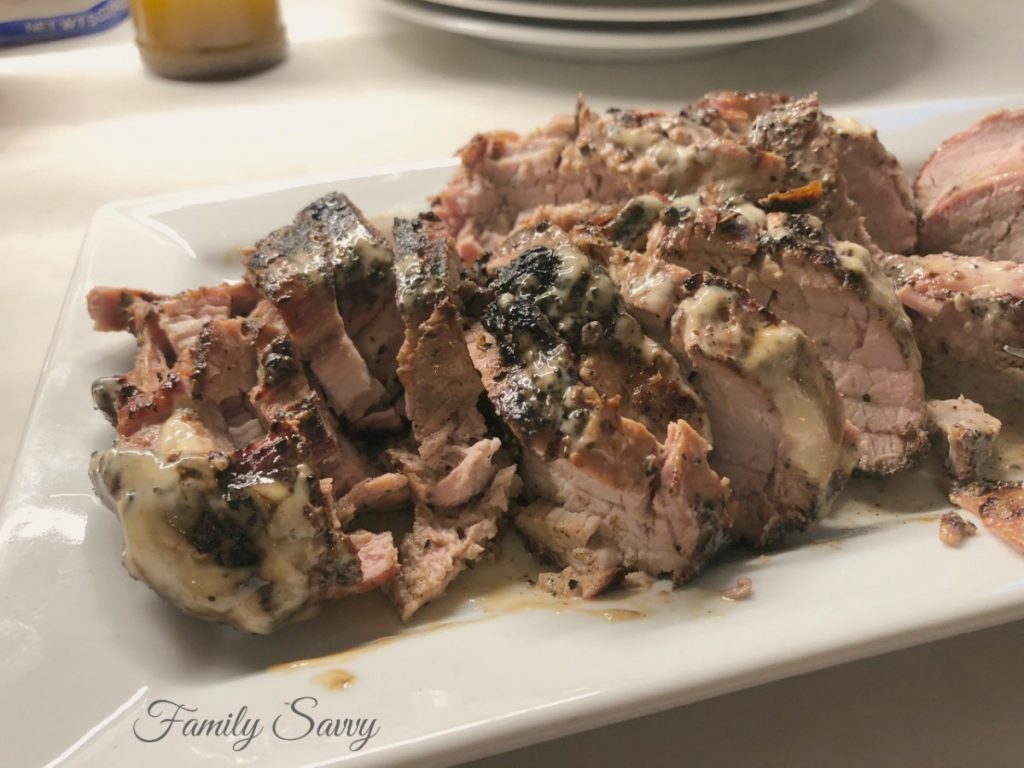 This pork tenderloin with Alabama white sauce au jus is insanely delicious~declared by more than one person “the best pork tender I’ve ever eaten!”

Do yourself a huge favor and bookmark or pin this recipe for pork tenderloin with Alabama white sauce au jus. Until you try it yourself, you just can’t imagine how good it actually tastes. It is unreal yummy. I’ve had SO many texts and emails from friends and Family Savvy readers who’ve told me how much they love this.

This recipe isn’t difficult, and a Big Green Egg isn’t mandatory (any smoker will work). The keys are a smoker, a good white sauce (there are several), and the proper technique.

A Note on white sauce: There are several bottled Alabama white sauces you can use for this pork. Full Moon and Jim & Nick’s are the sauces used in the photos of this post. If you want to try making your own white sauce, I’d suggest using this Southern Living recipe.

Technique: The steps to making the pork are simple. Here is what Bobby outlined when he gave me the instructions.

So a huge shout out to Bobby for sharing this fab recipe. You might also want to check out this recipe for Bobby’s Boston Butt {Big Green Egg}. It is my all-time favorite pulled pork recipe, and it is great for feeding a crowd.

I hope you try the pork tenderloin with Alabama white sauce au jus. If so, please let me hear what you think in the comments section. As always, thanks so much for stopping by. Be blessed, and stay savvy!!