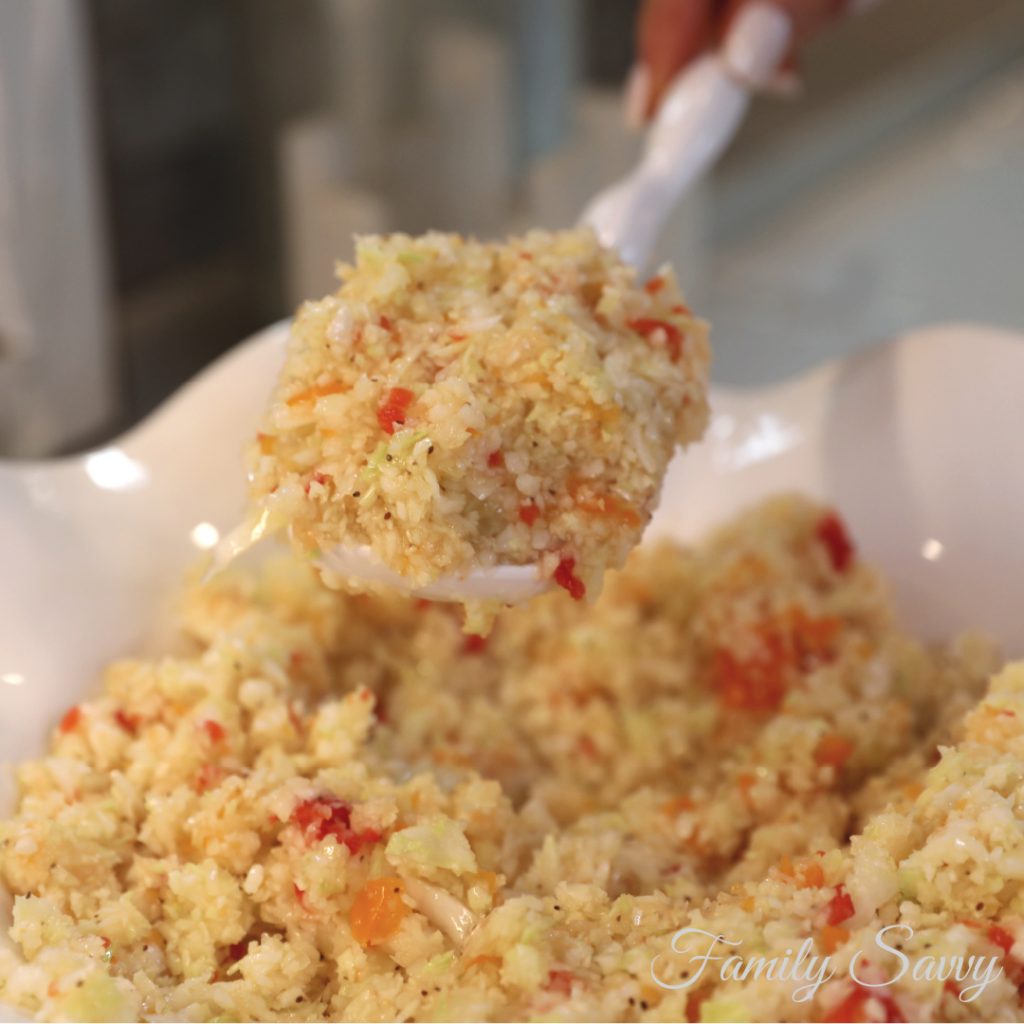 Here is the recipe + a video on how to make the best vinegar slaw to put on barbecue sandwiches (like you’ll find at most barbecue joints).

Growing up in North Alabama, I cut my teeth on some of the best BBQ in the world, and it was always served with what I call “Vinegar Slaw for BBQ.” If you grew up where I did,  you’ve likely had vinegar slaw for BBQ more times than you can count. It is sweet, tangy, vinegary, and just perfect for smoked meat, especially chopped pork.  Mayonnaise based slaw sometimes referred to as coleslaw, is not typically the kind of slaw that goes on top of pork sandwiches.

This slaw lasts 6 weeks in the fridge.

Since this slaw is vinegar-based and has no mayo, it will keep up to 3 weeks in the fridge. I’ve never had it last longer than a few days, but it tastes just as good or better a few days after you make it. This is hugely helpful if you plan to take slaw to a picnic or family gathering. 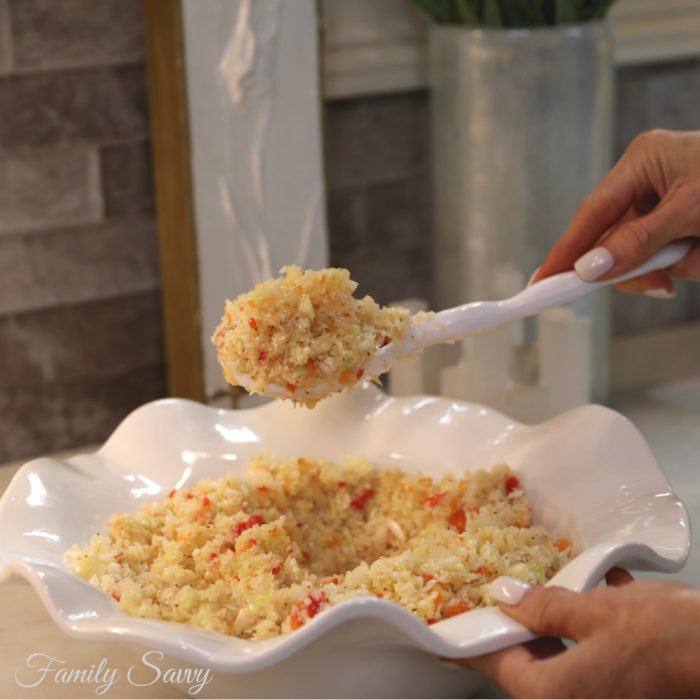 The best cabbage for vinegar slaw.

Although prepared bagged slaw works for some recipes, this one really does call for chopping cabbage in a food processor. Since there is not only cabbage but also onion and peppers, the food processor makes more sense. All the vegetables need to be chopped into very fine, uniform pieces.

How to make vinegar slaw dressing.

The dressing for this slaw is equal parts apple cider vinegar, sugar, and vegetable or canola oil. In order to dissolve the sugar, this dressing is heated to a brief boil and stirred to dissolve the sugar. The boiling is necessary; otherwise, the sugar crystals won’t dissolve and will be gritty in the slaw. You can boil the dressing on the stovetop or put it in a microwave-safe glass container and boil it in roughly three minutes. 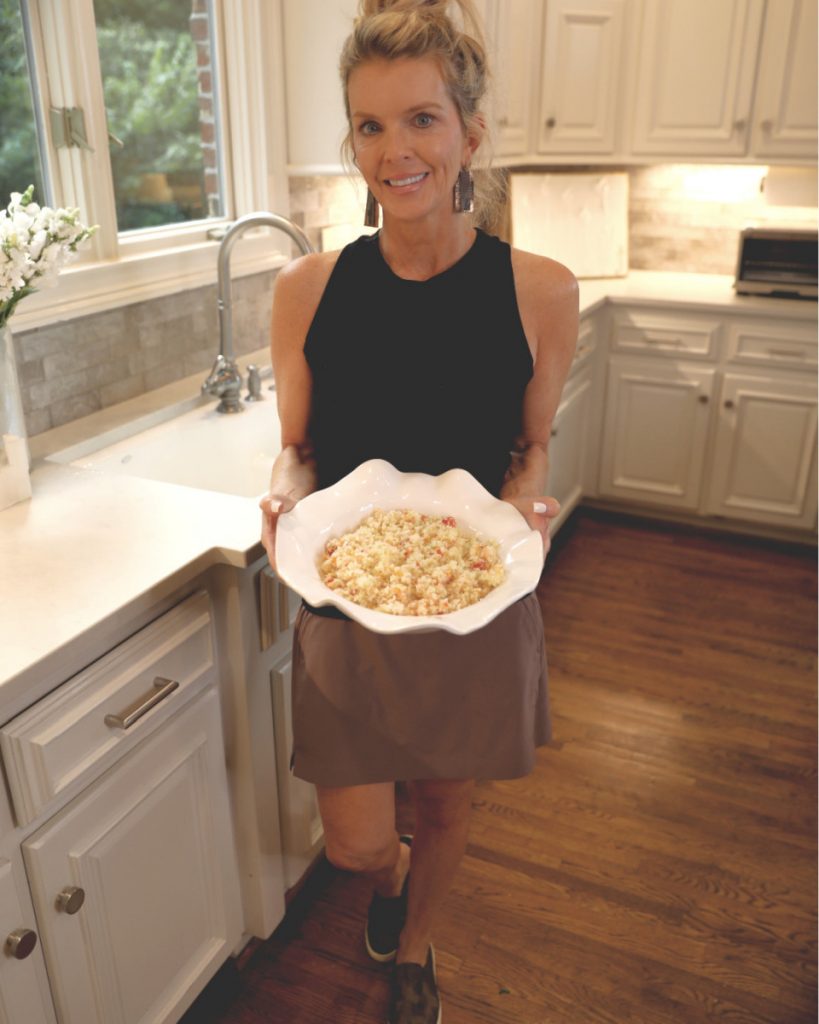 What to serve with vinegar slaw.

I love making this vinegar slaw any time we serve smoked meats that will make good sandwiches. I make this slaw to serve with this all day long smoked beef brisket and also this perfect pulled pork made in the oven. Both of these yummy meats can be made in an oven. If you have a smoker or pellet grill, you can use that as well.

I hope this recipe comes in handy for you if you don’t already have a favorite BBQ slaw. If you try it, please let me hear what you think! As always, thanks so much for stopping by. Be blessed, and stay savvy!!!